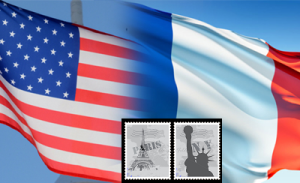 Paris – Their NYC.  I couldn’t not write something.  Every football game yesterday acknowledged it and Facebook was all over it.  Even though the death toll and number of injured was far less, comparisons to 911 were everywhere.  And then I saw many posts about how this is just one terrorist attack and that we should be ashamed of ourselves for not reacting this way to the countless other massacres taking place all over the world.  Well, maybe that’s true, but we react to the things that hit home…it’s human nature.  I will not apologize for reacting to what happened in Paris.
Paris is our ally and their equivalent of NYC.  The true connection between the two cities is unmistakable and it solidifies the connectedness between our countries.  I don’t even know how to explain or make sense of what happened.

It’s just hate – pure evil justified by distorted/twisted minds.  It’s the Emperor in Star Wars – evil for evil’s sake.  In my last year of law school I worked on a first-degree murder case…the accused was already in prison for killing his lawyer and was now being charged with killing his sister for insurance money.  I got a sense of the depravity.  It’s not something you can explain…it’s just warped…shaped by evil.
I talked to my kids about it figuring they would hear something and I’d rather they hear it from me first.  “But why, Daddy?”  Because there are evil people in this world…people who use powerful negativity to bring about contagious chaos and pain.  Your job is to stay clear of it and battle the negativity with positive thoughts and acts of kindness…things that are equally powerful, maybe even moreso, and just as contagious as evil.

Why I Chose Ethos Lending

One response to “Paris – Their NYC”