My House Shook – From Anger To Fear

Leave a comment Posted by Phil Grossfield on February 18, 2015 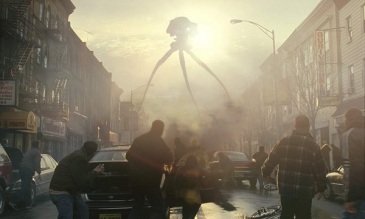 My House Shook – From Anger To Fear.  I was angry.  I thought the kids were jumping off the bed upstairs and making the whole house shake.  I let it go with the first boom but when the second one came I jumped out of my office chair to yell at someone…”STOP JUMPING OFF THE BED,” I yelled.  When I got out of my office both children were on the stairs and pleaded they’d done nothing.  My wife came into the hall as well and the four of us looked at each other.  “What was that?  An earthquake?”  Couldn’t be…I’ve experienced earthquakes…but nothing like this.

I filled with fear.  With the four of us huddled at the bottom of the stairs a third boom came that shook the house so intensely that my arms instinctively went out to my sides for balance.  I suspect the look on my face was full of fear because my wife and kids looked at me, the man of the house, and then they started to scream.  I’ve experienced earthquakes before…but nothing like this.  I ran to the back of the house and locked the door.  Was someone on the roof?  Had a plane fallen from the sky?  What could be so loud and make the house shake like that?

I immediately went into man-mode, “I’m sure there’s a logical explanation for all of this…everyone just calm down while I investigate…everything will be fine…”  But in my head my science fiction fixation began to get the best of me.  Was it War of the Worlds?  Were we indeed under attack my creatures that buried death machines deep under the ground for a future attack?

I went outside and all the neighbors had gathered.  After much speculation the only logical conclusion was a sonic boom.  Apparently aircraft can fly too low, break the sound barrier, and as a result cause a sonic boom.  Well, if it wasn’t a sonic boom, then I hope our environment will be incompatible to the alien invaders.

The 30-year Fannie Mae bond is trading flat.  In 2015 we are at the lowest point in bonds.  Will it come back?  MBS Highway seems to think so.  What are your thoughts?