Leave a comment Posted by Phil Grossfield on February 25, 2015

The Greatest Human Behavior Experiment Ever – 30 Seasons Over 15 Years of Survivor!  This year should be one of the most fascinating ever…this year they are splitting the castaways in the beginning by social class…this is the first time they’ve done it this way…nice!

Each year they find some nuance that makes it interesting.  Sometimes they include a famous/notorious castaway such as Jimmy Johnson or the controversial John Rocker…remember him?  Those were interesting episodes.  Or, the theme itself can be incredibly intriguing…in the past they have pitted virtually every protected class against each other including race, creed, gender, age, national origin, sexual orientation, marital status, and even disability.  Each is a fascinating experiment of how people work with and against each other in a hostile environment. 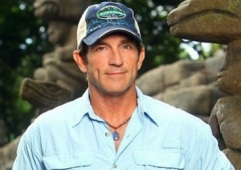 But this year is a first and should prove to be no less intriguing…”Worlds Apart” will start the show with 3 tribes split up based on social class:  White Collar, Blue Collar, and No Collar.  No Collar can best be described as people who break the rules, or don’t go by convention and couldn’t care less about the status quo.

If you ask Jeff Probst, the host since the beginning, he would say the reason Survivor has lasted all these years is fan loyalty…I am proof of that.  What can I say…I’m a die-hard Survivor fan.  My wife dropped out about 7 years ago and my in-laws gave up about 5 years ago.  Now it’s just me and I love it more than ever.  I’M STOKED!

Bonds Down -5bps but Down More Since Rates Were Published.  Janet Yellen Testifies Today!
The 30-year Fannie Mae bond is down-5bps since yesterday’s close.  Generally a lender’s pricing worsens when the bond is being sold off.

Rates are better today than yesterday but that could be short-lived.  Today Federal Reserve Chair Janet Yellen testifies in front of the House….yesterday she testified to the U.S. Senate.  More than anything this testimony will influence traders one way or the other because she will have to answer questions about when to raise interest rates.  Most traders consider this the biggest news because if the Fed times the rate hike incorrectly, it could send the U/S. economy into another depression-like period.  Note the Fed hasn’t done a hike since 2006.To me rates are looking good right now…if any more information comes out I’ll do my best to deliver it to you promptly…