Leave a comment Posted by Phil Grossfield on January 17, 2014 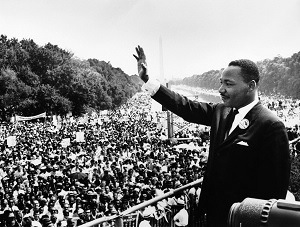 MLK Gloriously Oblivious. (I posted this last year)
We watched Martin Luther King’s I have a Dream speech with the kids Saturday morning. “What is he talking about?” asked the 7-year old. I tried to explain, “you see honey, there was a time when people weren’t treated equally, in fact, people still aren’t treated equally, and Martin Luther King stood up for those people and motivated all the people you see on the computer and people all around the country to stand up for people who were not being treated fairly.” Not bad, eh? “Why weren’t they being treated equally Daddy?” I stammered on this one…my wife looked at me puzzled as well. How do you tell a 7-year old girl, whose concept of bigotry and baseless hatred is as foreign as the workings of the Large Hadron Collider? How do I explain to a girl whose second grade class is made up of 20+ different cultures that there was a time when we enslaved people based on the color of their skin? More importantly, do I want to explain it? My wife tried and stuttered an explanation to no avail…my daughter didn’t get it, and that’s just fine by me. Gloriously oblivious. 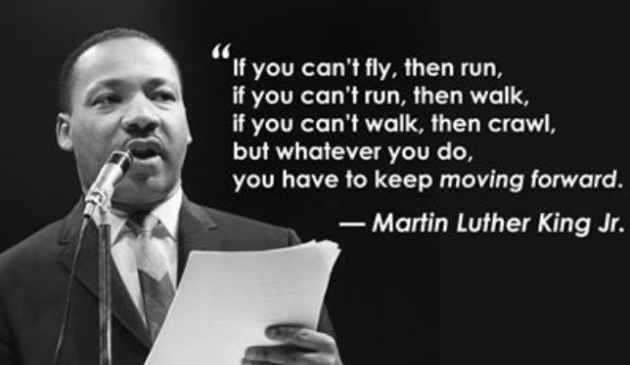 My Market Watch: Bonds Up +16bps. Prices Improved. This morning the 30-year Fannie Mae bond is up +16bps and is approaching a ceiling of resistance.

The bond is trading just below a ceiling of resistance…if it breaks through and sustains we would see improved pricing. If it stops at the ceiling it will probably head back down. Think of the bond price as a glass elevator that goes up and down. As the elevator reaches the next ceiling up there is a good chance it might stop and then head back down. This is how traders think about it…they might decide its a good time to sell since the elevator is as high as its going to get. But if the elevator goes through the ceiling and continues going up, then there is a good expectation it will keep going up until it reaches the next ceiling.